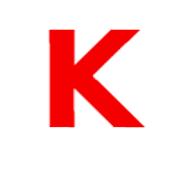 Download Nusantara Project for Poco X3 Pro – Nusantara Project is an Android custom ROM based on AOSP (Android Open Source Project) that has a variety of complete tweaking and customization features. This ROM is very light compared to stock MIUI ROMs as there is no bloatware.

Besides being designed for daily use, this ROM is also suitable for gaming because of a feature called Gaming Mode to maximize your experience when playing games.

So, if you are already bored with the stock MIUI ROM, or even your smartphone feels slower than usual, this ROM can be the solution.

Poco X3 Pro is an android phone made by Xiaomi which was released on March 24, 2021. This phone has a lot of fans because at a low price the Poco X3 Pro is equipped with a high-end chipset, namely Qualcomm Snapdragon 860.

With an affordable price and high performance, this phone is dubbed the flagship killer. So most of the fans are gamers. Custom ROM developers are also interested in developing their ROMs for the Poco X3 Pro, one of which is the Nusantara Project ROM.

For those of you who are looking for a custom ROM with complete features and customization, Nusantara Project with Android 12 can be the right choice. Both for daily use and for gaming.

How to Install Nusantara Project on Poco X3 Pro 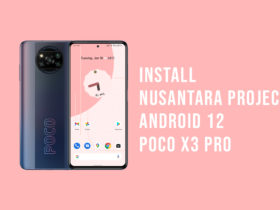 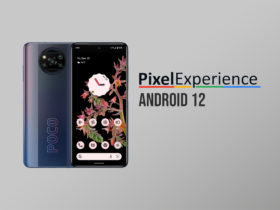